An Introduction To Social Psychology 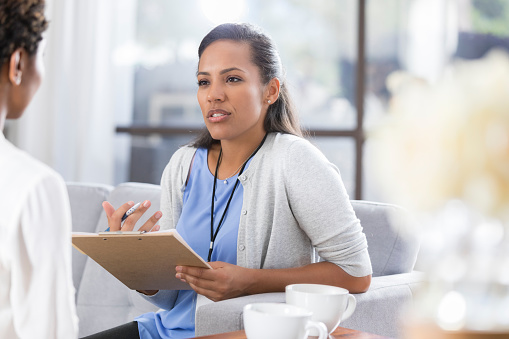 What factors influence our viewpoints? Why do some people have such a strong sense of leadership? How does bias arise, and how can it be combated? These are just a handful of the significant topics in social psychology that people are interested in. From examining bullying behavior to assessing why people often fail to aid others in need, social psychologists work on topics that can have a substantial influence on an individual's health and well-being.

What Is the Definition Of Social Psychology?

According to psychologist Gordon Allport, social psychology employs empirical methods to "analyze and explain how the actual, imagined, or inferred presence of other human beings influences the ideas, feelings, and behavior of individuals."

Essentially, social psychology is the study of how the social context in which a person's conduct occurs influences that person's behavior.

You're undoubtedly aware that the way you act and the decisions you make may be greatly influenced by others. Consider how you would act in a circumstance if you were alone vs if you were surrounded by others.

The field of social psychology covers a wide range of societal issues, including:

The way we see other people (and how we believe they perceive us) can influence a wide range of behaviors and decisions. Consider how you may conduct differently in a public environment than you would if you were alone at home. You could be boisterous and obnoxious at home, but much more quiet and restrained in public.

What is the reason behind this? Because our ideas, feelings, moods, attitudes, and perceptions are shaped by the individuals we interact with. The presence of other individuals has the potential to influence our decisions and behaviors.

This knowledge aids psychologists in the development of public health initiatives and treatment methods for teenagers. Teenagers can use them to assist them avoid potentially dangerous activities including smoking, drinking, and substance abuse.

In the late 1800s, notions such as social loafing and social facilitation were established, based on Plato's concept of the "crowd mind." However, it wasn't until after World War II that social psychology study became serious.

Researchers studied social influence, compliance, and obedience in the aftermath of the Holocaust. What may account for people's participation in such heinous acts? Were they just obeying orders and submitting to peer pressure, or were there other factors at work? Social psychologists were able to obtain a better grasp of the power of societal factors like authority, conformity, and obedience by exploring these topics.

Stanley Milgram, a social psychologist, was able to illustrate how far people are ready to go to obey authoritative figures. Milgram and his colleagues conducted a series of now-famous experiments in which study participants were instructed to give what they considered to be a potentially harmful shock to another individual.

The shocks were not genuine, and the other person was just acting as though the electrical pulses were hurting him. However, 65 percent of individuals who took part in the research gave the maximum amount of shock solely because they were directed to do so by someone in authority.

What Sets Social Psychology Apart From Other Fields of Study

Folk psychology, personality psychology, and sociology are all terms used interchangeably to describe social psychology. Social psychology, unlike folk knowledge, which is based on anecdotal observations and subjective interpretation, uses scientific methods and rigorous research. Researchers do not make assumptions about how individuals act; instead, they design and conduct experiments to reveal correlations between various variables.

Finally, there is a distinction to be made between social psychology and sociology. While there are numerous parallels between the two disciplines, sociology prefers to examine social behavior and impacts on a large scale. Sociologists are fascinated by the organizations and cultures that shape people's actions.

Instead, psychologists concentrate on the environmental factors that influence social behavior. While psychology and sociology both investigate comparable problems, they take distinct approaches to these issues.

What is it about social psychology that makes it so important? Social psychologists study social issues that have a significant impact on both individual well-being and society's overall health, such as substance misuse, crime, discrimination, domestic violence, public health, bullying, and hostility.

Although social psychologists do not work directly in the field of mental health, the findings of their study have an impact on how mental health specialists address behaviors impacted by social circumstances. Persuasion tactics established by social psychologists are frequently used in public health campaigns to urge individuals to engage in good activities while avoiding potentially risky ones.